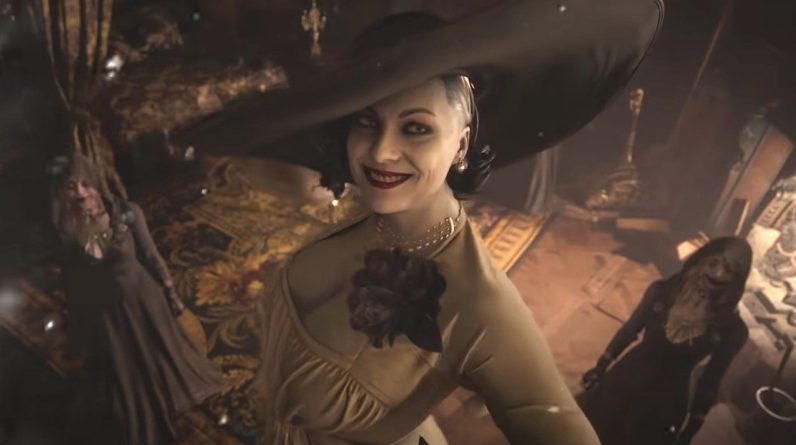 When Capcom debuted the villain of Resident Evil Village, a downright towering vampire woman by the name of Lady Alcina Dimitrescu, they had to have known how, uh…eager the RE fanbase would be to know more about her, right? With her WNBA-shattering height and dominant personality, Lady Dimitrescu quickly became an internet phenomenon, and fans were most excited to learn exactly how tall she is.

Resident Evil fans finally have their answer. RE Village art director Tomonori Tanako released a statement thanking fans for their interest in Village and shed some light on the matter.

“Most recently, Lady Dimitrescu and her daughters have received a fair amount of attention, far more than we anticipated” Tanako said. “It’s great that they’re able to take the spotlight as icons of Resident Evil Village. Lady Dimitrescu, especially, has received much fanfare both domestically and overseas, which has made all of us in the development team extremely happy. I hear her height is something of interest….”

“If you include her hat and high heels,” Tanako continued, “[Lady Dimitrescu is] 2.9 meters (approximately 9’6”) tall.”

Just for the record, here are some things that Lady Dimitrescu is taller than: A Christmas tree, Andre the Giant, Shaq, a king size bed standing vertically, or most importantly, the actual tallest man or woman ever recorded.

Joseph Knoop is a writer/producer/human wine cask for IGN.