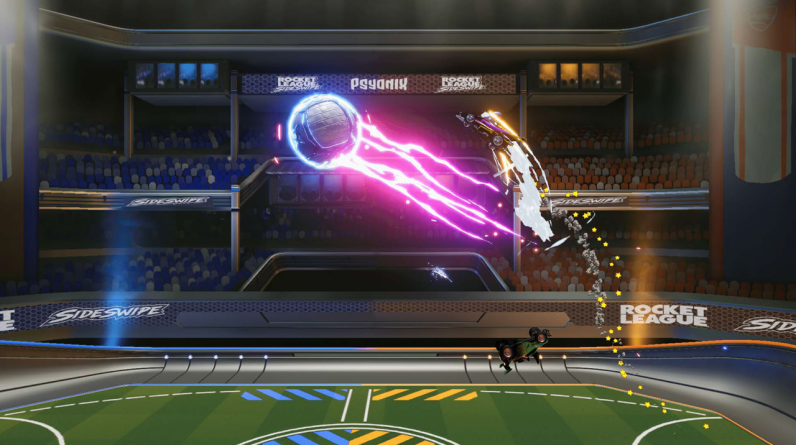 Psyonix has announced a new standalone Rocket League game for mobile called Rocket League Sideswipe.Rocket League Sideswipe takes the competitive car soccer gameplay of the PC and console version of Rocket League and changes up the perspective while keeping the PvP aspect intact. Players can compete in 2 minutes 1v1 or 2v2 matches using touchscreen controls that will be familiar to veteran players; while being intuitive for newcomers.

Check out the first screenshots for Rocket League Sideswipe below.

In Rocket League, players control cars on a pitch with the goal of, well, scoring goals using a giant ball. Boosters and acrobatic abilities help players make stunning trick shots. Cars can also be customized with cosmetics for a more personal touch.

The screenshots for Rocket League Sideswipe show a similar gameplay style, but the perspective is now horizontal rather than a full 3D map. However, there still appear to be customization options for cars, though it’s unclear if these cosmetics carry over to the console and PC versions of Rocket League.

Check out IGN’s Rocket League review here for more on Psyonix’s popular online sports/car hybrid. Rocket League Sideswipe will begin a Regional Limited Alpha test on the Google Play Store today in Australia and New Zealand. It will be available free-to-play later this year on iOS and Android.