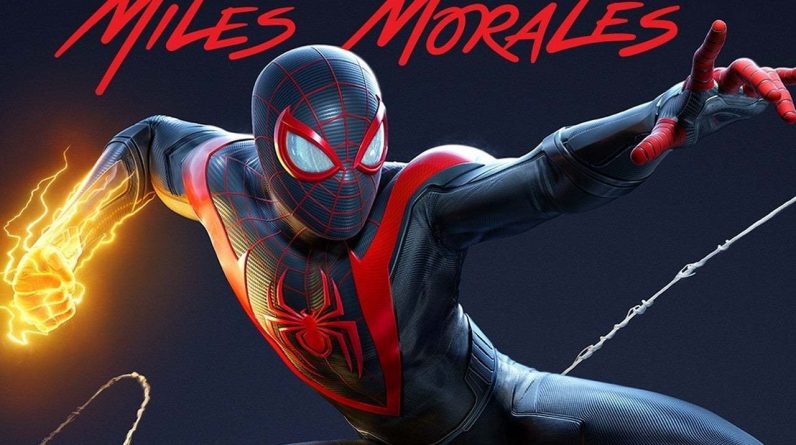 With Spider-Man: Miles Morales coming to both PS5 and PS4 this year, we’re going to cover everything you need to know about the upcoming video game.Whether it’s the story, villain, release date or how Miles Morales’ powers set him apart from Peter Parker, we’ve got you covered.

Let’s start with a recap of how Miles Morales (voiced by Nadji Jeter) got his spider-powers in the 2018 game Marvel’s Spider-Man. It’s not unlike how he got his powers in the comics and the film Spider-Man: Into the Spider-Verse but of course the game put a new spin on how it all went down.

We meet Miles as a 15 year-old living in New York City who idolizes Spider-Man and just happens to be friends with one Peter Parker. After the death of Miles’s father, police officer Jefferson Davis, at the hands of Mister Negative’s gang members known as the Inner Demons, Peter takes care of Miles by inviting him to volunteer at the F.E.A.S.T. shelter with Aunt May and checking in on him during his adventures as Spider-Man.

Despite struggling with the loss of his father, Miles is inspired to find ways to do good and ends up helping Spider-Man by evading a rampaging Rhino to deliver important information, tending to the sick infected with the Devil’s Breath, and even saving Spidey’s life alongside Mary Jane Watson.

All this proves he has the stuff of being a hero, and then the final ingredient arrives in the form of a genetically modified spider that escaped from Norman Osborn’s secret lab, which bites him and gives him a unique set of spider-powers. Miles chooses to reveal these powers to Peter, and Peter decides to trust Miles with his secret identity, thus paving the way for a new Spider-Man.

In the post-game DLC expansion adventure called The City That Never Sleeps, we get a few more snippets of Miles exploring his new powers. Even though Peter tries to teach Miles to be responsible and exercise caution, Miles “accidentally” uses his powers to show off in basketball and tests the limits of his abilities by jumping off a bridge, resulting in a broken toe. Peter eventually decides it’s time for some proper teaching and the story ends with Miles getting his first lesson in web-swinging.

The story of Spider-Man: Miles Morales takes place one year after the events of the original Spider-Man PS4 game. Miles has progressed quite a bit, outfitting himself with his own red-and-black version of the Spider-Man costume to patrol the streets of New York City.

Kicking off just before Christmas, the story starts in Miles’ home of Harlem and features the fledgling hero dealing with a street war between the Roxxon Energy Corporation and the high-tech criminal army known as the Underground, led by a villain known as the Tinkerer (more on her in a moment). As Miles’ mother Rio Morales holds an election rally for City Council, the Underground crashes the party, leading to the two gangs clashing on the Braithwaite Bridge and leaving it up to Miles to intervene and save those in danger.

The Underground attack a Roxxon armored van carrying a shipment of Newform, an experimental energy source created by Roxxon. Tinkerer manages to get away with one canister, but not before it gets infused with some of Miles’ bio-electricity. It wouldn’t surprise us if the combination of those two energies creates something extremely powerful and dangerous that the Tinkerer is able to use for nefarious purposes.

How Long Is Spider-Man: Miles Morales Going to Be?

So far there have been two trailers showing off Spider-Man: Miles Morales.

There’s the initial launch trailer:And the second trailer features a look at Miles’ life as a civilian before launching into a combat gameplay demonstration.

Spider-Man: Miles Morales features two villainous factions, Roxxon Corporation and the Underground, the latter of which is led by the Marvel villain known as the Tinkerer.

Roxxon Energy Corporation is a massive, evil corporation in the Marvel Universe, although they mask it by operating as a lucrative, public-facing company. They embody corporate greed, environmental pollution, and every other bad thing corporations are known to do, all upped to the worst degree. Often run by a vicious executive, they only care about increasing profits and pleasing their shareholders, and they’re willing to engage in all sorts of illegal activity to do it.

There’s no word yet on who leads Roxxon in the game. It could be any number of the various suits who have taken on the role over the years in the comics. Although, it would certainly be interesting if it were a known supervillain, like Dario Agger, the current head of Roxxon in the comics who just happens to be a bloodthirsty Minotaur. Roxxon has used everyone from the Serpent Squad, the Squadron Supreme and the Dogs of War as hired guns over the years, so the possibilities are numerous.

The Underground and the Tinkerer

While the Underground is a new criminal organization with a cyberpunk aesthetic that leaves us without much to go on, the Tinkerer has a long history in the Marvel Universe (follow that link for an in-depth history of the character). That said, this is obviously a new version of the Tinkerer that’s far from what we’re used to seeing.

In the comics, the Tinkerer is an old man named Phineas Mason who makes a living using his skills as an inventor to create all sorts of weaponized tech for supervillains. He has invented various weapons for Mysterio, Kingpin, and Vulture, just to name a few. He’s normally depicted as a frail, elderly man who prefers to work in the shadows of his lab rather than face Spider-Man head-on.

The Tinkerer’s Long History as a Spider-Man Villain

That’s quite different from the new Tinkerer, who doesn’t have any problem suiting up in her high-tech battle suit with glowing purple accents to pull off heist jobs with her goons (who appear to be outfitted with mechanical gauntlets that pack an energized punch). She seems to know a thing or two about hand-to-hand combat, as she has no problem landing an energized kick right in Miles’ face. We also see a few of her gizmos at work, as she lifts her arm to form a mechanized shield and extends her robotic hands to yank off the door of an armored vehicle with enhanced strength.

Is it just us or do those robo-tentacle arms have a certain Doc Ock quality to them? Perhaps a connection between the two will be unveiled, which would call for a reason to bring Peter into the story for a cameo.

We do have one theory about the Tinkerer’s identity. Perhaps the Tinkerer is indeed old man Phineas Mason, but he’s operating a robotic avatar from the safety of his secret lair in order to obscure his true identity.

Miles Morales has the same powers as Peter Parker — super strength, agility, stamina, endurance and reflexes along with the ability to stick to and climb surfaces, web-swing with the aide of web-shooters, and pre-cognitively perceive danger with his Spider-sense — as well as some new tricks.

Miles can channel his bio-electricity into a powerful Venom Blast that shocks enemies. We see him making use of this ability to astonishing effect in the gameplay footage as he uses it to stun, zap and blast opponents in a dizzying display of electrifying combat.

Miles also has the ability to turn invisible. This allows him to move about in stealth to sneak around and take enemies unaware.

And while not a “super power” like his other abilities, Miles has a gifted mind and a knack for science, as proven when he adjusted Peter’s web-shooter to account for the difference in their weight like it was nothing.

Miles starts in his signature red-and-black Spider-Man costume but we can of course expect for him to have multiple skins, just like Peter had in Marvel’s Spider-Man. Currently, only one alternate skin has been revealed called the T.R.A.C.K. Suit. It’s an original design created for the game and features a sleek white costume, which certainly brings to mind Peter’s Advanced Suit. This costume comes as part of a pre-order bonus when purchasing the Launch Edition or the Ultimate Launch Edition of the game. Another mystery costume, along with three extra skill points and a Gravity Well Gadget, will be included with a pre-order.

The game is a PlayStation exclusive. It will be a PS5 launch title and will also be available to play on PS4.

Joshua is a Senior and Producer of Features at IGN. If Pokemon, Green Lantern, or Star Wars are frequently used words in your vocabulary, you’ll want to follow him on Twitter @JoshuaYehl and IGN.