Home Gaming News Spider-Man: Miles Morales’ Tinkerer Explained – Who Is the Villain of the PS5 Game? 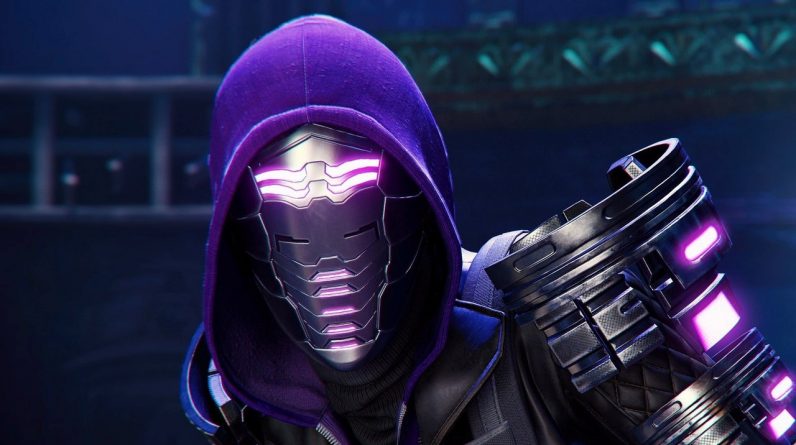 If you’re planning on pre-ordering a Playstation 5 this fall, odds are Spider-Man: Miles Morales is one of the first games on your priority list. This spinoff to 2018’s Marvel’s Spider-Man puts Miles in the spotlight, as he defends his new home of Harlem from a destructive conflict between the evil energy corporation Roxxon and the brilliant supervillain known as The Tinkerer.If you’ve read many Spider-man comics or followed the MCU, you may be familiar with The Tinkerer by now. But as the latest Spider-Man: Miles Morales trailer shows, the game is delivering a very different take on this classic Marvel villain. Read on for a full breakdown of The Tinkerer’s comic book origins and how the character has been portrayed in Marvel’s animated shows, movies and video games. The topics covered here include:

The Tinkerer’s Long History as a Spider-Man Villain

Who Is The Tinkerer?

It’s not easy being a supervillain in the Marvel Universe, especially if you don’t have superhuman powers, magical abilities or a mutant gene to level the playing field. How are you supposed to rob a bank when it seems like Spider-Man or Daredevil are always around the corner? Opportunistic villains have two options. They can either set up shop somewhere other than New York City (crazy talk!) or they can turn to The Tinkerer for help.

The Tinkerer is the secret force behind many of the technological villains of the Marvel U. This brilliant inventor has built a lucrative business out of designing gadgets, battle-suits and other weapons capable of giving ordinary criminals a fighting chance against costumed heroes. Even many of Spider-Man’s greatest foes, from Mysterio to Kingpin, have relied on Tinkerer’s services in their futile efforts to squash the pesky bug.

The Tinkerer is the secret force behind many of the technological villains of the Marvel U.

The Tinkerer is among Spider-Man’s oldest foes, both in terms of his physical age and his franchise debut. The character first appeared in 1963’s The Amazing Spider-Man #2, the same issue that introduced future Mysterio Quentin Beck to Spidey’s rogues gallery. That also makes him one of many characters created by the iconic duo of Stan Lee and Steve Ditko.

A brilliant scientist and inventor, Phineas Mason used to live a humble existence as the owner of a repair shop called Phineas’ Fix-It. But after growing disgusted with the ever-increasing number of reckless superheroes and Spider-Man in particular, Mason decided to turn to a life of crime. His repair shop is now a front for his real business – designing and upgrading weapons for many of New York’s worst super-criminals.

To draw a comparison to Game of Thrones, The Tinkerer is sort of the Iron Bank of the Marvel Universe. He doesn’t normally get his hands dirty in the various hero vs. villain conflicts playing out across the globe. He simply sits back and profits from those conflicts. Some might argue he’s not even a villain so much as an amoral opportunist. Even after becoming The Tinkerer, Mason has maintained a healthy relationship with his law-abiding, secret agent son Rick. He’s even a tragic figure in some ways, as he’s been forced to mourn the deaths of his wife, his son (same son whose status has been retconned over the years!) and his grandson.

That said, other stories have painted The Tinkerer in a darker light. For example, 2004’s Secret War revealed Mason is secretly bankrolled by Latveria (Doctor Doom’s kingdom), with then-Latverian president Lucia von Bardas hoping to destabilize the U.S. by increasing the number of technological supervillains and waging covert acts of terrorism.

The Tinkerer’s Powers and Abilities

The Tinkerer has no innate superhuman powers, but he is an incredibly gifted engineer and inventor. His creations might not rival those of Tony Stark or Reed Richards, but they have allowed dozens of criminals to commit crimes and stand toe-to-toe with heroes like Spider-Man.

Mason rarely uses his own inventions, preferring simply to sell them to the highest bidder. But he has been known to protect himself from backstabbing buyers who try to cheat their way out of paying for his wares. Mason often builds fail-safe systems into his weapons, allowing him to sabotage his own work whenever it’s turned against him.

The Tinkerer’s Most Nefarious Inventions

A great many Marvel villains owe their advanced weapons and armor to the skills of The Tinkerer. Over the years, Mason has either built or upgraded weapons for Scorpion, Grim Reaper, Stilt-Man, Rocket Racer, Blizzard, Beetle, Grizzly and many others. He’s also worked in the employ of the Kingpin.

However, a few other inventions really stand out. In The Tinkerer’s very first appearance, he joined forces with Quentin Beck to create a complex, convincing illusion that New York City was being invaded by aliens. After Spider-Man’s very brief tenure driving the infamous Spider-Mobile, Kingpin hired The Tinkerer to recover the car and turn it against its former owner.

Even Spidey’s own gadgets aren’t safe from the Tinkerer.

The Tinkerer even acted as a middleman when Eddie Brock was dying of cancer and sought to auction off the Venom symbiote to the highest bidder.

Perhaps Mason’s most impressive accomplishment, however, is one he used for his own personal benefit. Mason built a lifelike robotic suit and created the fake identity Hophni Mason, pretending to be his own brother. Adopting the nickname The Mason and pretending to be a more benevolent inventor, the disguised Tinkerer began working with various heroes and secretly cataloging their weaknesses for his own ongoing research.

Like many villains, The Tinkerer received a substantial overhaul when he was introduced in Marvel’s Ultimate Universe imprint in the early 2000s. In fact, Phineas Mason and The Tinkerer are two separate characters in this alternate universe. Mason is depicted as a much younger character – a member of a government-sponsored think-tank full of young scientific prodigies.

The actual Tinkerer role is instead filled by a character named Elijah Stern. Stern is an ex-employee of Roxxon who turns on his former boss after being fired. He’s later pressed into working for SHIELD, though that doesn’t stop him from trying to kill Spider-Man or helping Norman Osborn outfit the Sinister Six with new weapons. Ultimately, Stern is interrogated and murdered by the Prowler, uncle to the new Spider-Man, Miles Morales.

It’s important to single out this version of The Tinkerer since he may wind up influencing Insomniac’s version of the character as much as the classic Tinkerer. After all, the plot of Spider-Man: Miles Morales deals heavily with the conflict between Roxxon and Tinkerer’s army, suggesting this character may also be a jilted former employee. And don’t forget that before Miles became a resident of Marvel’s core comic book universe, he made his debut in the Ultimate Universe as the heir to Peter Parker.

The Tinkerer in TV, Movies and Games

Spider-Man: Miles Morales will introduce a brand new take on The Tinkerer. The biggest change this time around is that the character is a woman. A new gameplay trailer reveals the game’s plot is set a year after the events of Insomniac’s first Spider-Man game, with New York caught in the crossfire of a battle between Roxxon and The Tinkerer’s army (suggesting the game is drawing from Marvel’s Ultimate Spider-Man comics). The Tinkerer is shown wielding tech that could possibly be rebuilt Doctor Octopus tentacles, which would suggest the game is also drawing from the MCU version. But whether The Tinkerer is the true villain of the game or a prelude to something else, we’ll have to wait and see when the game is released alongside the Playstation 5.
Jesse is a mild-mannered staff writer for IGN. Allow him to lend a machete to your intellectual thicket by following @jschedeen on Twitter.