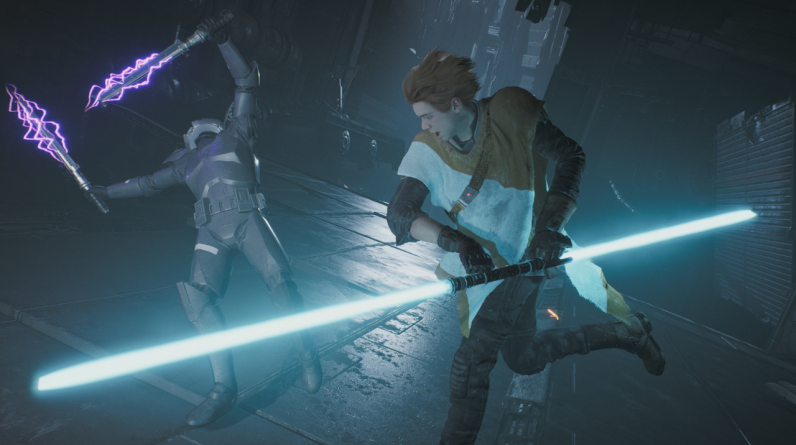 is now live and it brings new cosmetics, a battle grid, new game plus, and combat challenges to the game.This free DLC update was revealed in a trailer from developer Respawn today as part of the Star Wars ‘May the Fourth’ celebration. The Jedi: Fallen Order DLC unlocks cosmetics and new combat challenges that can be accessed through meditation points. These challenges take place on different planets featured in the game like Illum and Kashyyyk. You can check out the trailer below.As you can see, the combat challenges are wave-based arena challenges that will see protagonist Cal Kestis face off against a number of foes found throughout the game’s story. If the trailer is any indication, it won’t be just creatures found in the game but bounty hunters as well.

The challenges also include unique parameters like “no healing” and “take no damage.” Launching alongside these combat challenges is a new Battle Grid system that allows you to create your own challenges by placing enemies on a grid for you to fight against.

For more Star Wars news, check out the other Star Wars announcements that happened today on May the Fourth including the announcement that Vader Immortal is coming to PSVR and that Taika Waititi is directing a new Star Wars movie.

The article has been updated to include info about New Game+ that was included with the free update.