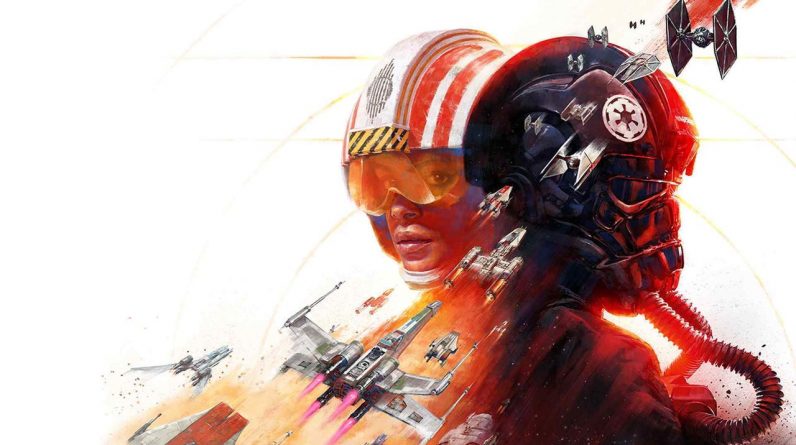 EA has formally announced Star Wars: Squadrons, a first-person space dogfighting game set after the events of Return of the Jedi, and coming to PS4, Xbox One and PC (via Origin, Steam and Epic Games Store). It will be released for $39.99 USD on October 2.Developed by Motive Studios, the game will include both a single-player story and multiplayer modes (with cross-play support across all platforms), and can be played in VR on PS4 and PC. EA will premiere gameplay at EA Play Live on June 18 (which you can watch as part of IGN’s Summer of Gaming).

Squadrons will feature a single player story mode set after the Battle of Endor and the destruction of the Death Star II. Alternating between two customisable pilots, the story will feature brand new characters, and cameos from familiar faces.

The two pilots you play as will show you both sides of the game’s conflict – one flies for the New Republic’s Vanguard Squadron, and the other for the shattered Galactic Empire’s Titan Squadron.

In a press release, Ian Frazier, creative director at Motive says: “Through the collaboration of the teams at Motive and Lucasfilm, we’ve been able to create a high-fidelity starfighter experience with an authentic storyline that invites Star Wars fans to explore never-before-seen corners of the galaxy in their own ship. We’re excited to show all this in action this week at EA Play Live.”

Multiplayer will take the form of 5v5 battles, with two modes announced. Fleet Battles will task each team with destroying the opposing teams flagship, while Dogfights will simply ask each team to destroy as many opponents as possible. Locations will be both known and unknown, with Yavin Prime and the shattered moon of Galitan announced so far.

The announcement press release makes clear that squadron composition will be important, implying multiple ship classes to experiment with. EA also confirmed that, while Star Wars: Squadrons will include cosmetic and gameplay-related customisation, all upgrades will be earned solely through playing the game.

Playing through the game will earn you weapons, hulls, engines and shields to allow you to tweak your starfighter into whatever you want it to be, while cosmetics will alter your cockpit, ship exterior and pilot.

Star Wars: Squadrons will be released on October 2 as both a physical and digital product, for $39.99 USD (other pricings unavailable at time of writing). EA Access and Origin Access Basic subscribers can play 10 hours of the game for free at launch, and will get 10% off if they choose to buy it. Origin Access Premier subscribers will be given the full PC game on release.
Joe Skrebels is IGN’s Executive Editor of News. Follow him on Twitter. Have a tip for us? Want to discuss a possible story? Please send an email to newstips@ign.com.