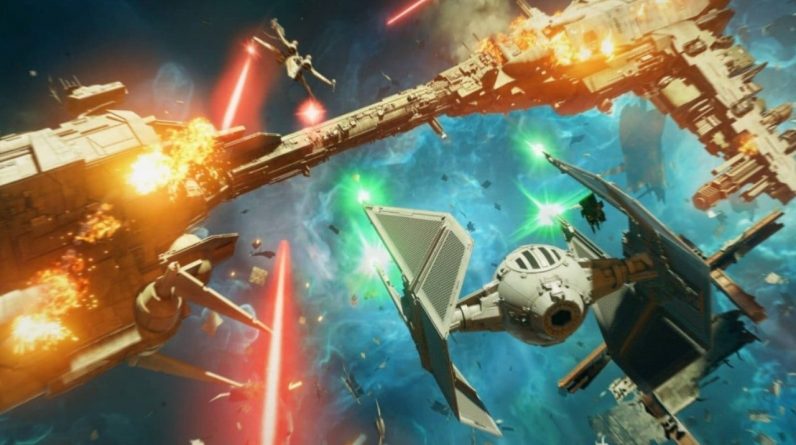 Star Wars Squadrons will receive a new map this month and two new starfighters in December.EA Motives’ latest blog post details two new updates in the pipeline for Star Wars Squadrons following its release last month. The first update will go live on November 25 and will see four new starfighter components added to the game and a new map added to the rotation. The new map, Fostar Haven, will be familiar to those who have played through the game’s story as it’s the first place you visit in the game.“A fan-favorite location from the single-player story and one we’ve seen requested for multiplayer is Fostar Haven from the game’s first prologue mission,” the blog post reads. “In this update, the map will be added to Fleet Battles and the Dogfight mode.”

Motive says this map has been updated from its story mode counterpart to provide a new experience that will “fit well with the other six maps” in the game’s multiplayer modes.

Four new components will be added to the game alongside Fostar Haven. The fighter and bomber starships will get the new Boost Extension Kit, which gives starfighters a full rechargeable boost, while fighters and interceptors will be getting Ion Rockets, which are rockets that move at half the speed of standard rockets, but can be used at the same time as other components.

Bomber and fighter starships will also be receiving Prototype Piercing Torpedos that provide new ways for players to destroy enemy flagship subsystems before shields have been completely disabled. The final component coming to the game this month, the Anti-Material Rocket Turret, is for the game’s two support ships, the U-Wing and the TIE Reaper. This component is perfect for taking down flagship subsystems, capital ships, and turrets, according to Motive.The next update for the game goes live in December and it will bring with it two new starfighters: the B-Wing and the TIE Defender, both of which have been heavily requested by fans. The B-Wing will be categorized as a bomber while the TIE Defender will be categorized as a fighter. What makes these two ships special, other than their unique designs, is the B-Wing’s gyro-cockpit and swiveling wings, and the TIE Defender’s shields, which aren’t present in the Galactic Empire’s other fighter ships.

Custom Matches are the final piece of the December update and they’ll allow one to five players, per side, across two teams play on any of the maps in both Dogfight and Fleet Battles with any restrictions and modifiers they’d like.

Wesley LeBlanc is a freelance news writer and guide maker for IGN who wrote IGN’s Star Wars Squadrons wiki guide. He would love for you to check it out. You can follow him on Twitter @LeBlancWes.