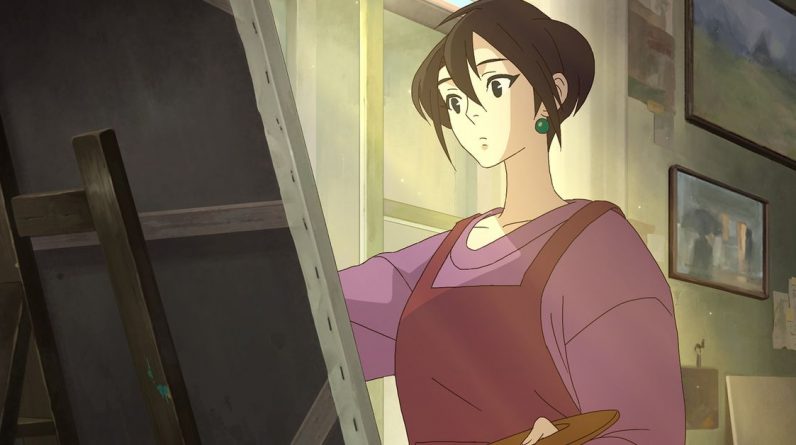 Hayao Miyazaki’s influence is seen beyond film, and in games across the entire industry. But never before have I felt as if I was playing inside of a Studio Ghibli film until my hourlong experience with Behind the Frame: The Finest Scenery.

Created by Taiwanese developer Silver Lining Studio, Behind the Frame is mostly a short, interactive-fiction game about a painter finishing a last piece of artwork before submitting it to a gallery in New York.

Behind the Frame takes place in the painter’s lush studio apartment over the course of a few days as she slowly works her way through the painting. It’s easy to get pulled into the Ghibli-like style and animation, which is set to a soft, “lo-fi” soundtrack. Painting happens leisurely: a stroke of yellow here, a swath of blue there. You’re not tasked with creating a masterpiece, just loosely filling in spaces with colors, or guiding your pencil to create a sketch across the screen. (Sketching is essentially the opposite of erasing in If Found …, the Annapurna Interactive-published visual novel from 2020.)

You can paint on the main canvas, the one right in front of the window, but there are also others around the space. These other paintings act as simple puzzles move along the narrative within the game. In the hour or so it takes to play Behind the Frame, Silver Lining Studio tells a story about memory and love. It’s both devastating and pure delight. Between these moments, Behind the Frame is grounded by the repetition of routine. Calling back, once again, to that Studio Ghibli influence, it’s required for the player to make a simple (but beautifully rendered) breakfast, then sip coffee by the window, before each day can continue.

I don’t want to say too much about the narrative, because it’s a story best told by unraveling it yourself. It’s not hard to figure out where this is going once the game’s begun, but that’s not a fault: There is an ease into the game’s unsettling moments, when the studio apartment becomes a place of fear instead of warmth. I said this earlier, but Behind the Frame took me just over an hour to play, which felt right to me — as if I were playing inside a movie.

Behind the Frame was released Aug. 25 on mobile via the App Store and Google Play Store, as well as Mac and Windows PC via Steam. I played it on my computer, where it costs $8.99 at the time of publication. It’s a bit cheaper on mobile, for $4.99, and I imagine the touchscreen would make painting and sketching feel all the more satisfying.