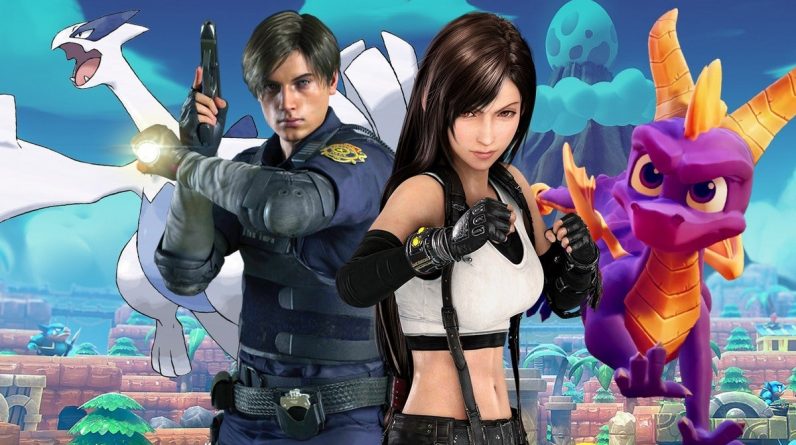 Movies and TV shows get remade all the time, but there’s something extra special about a video game remake. Being able to revisit a beloved video game of yesteryear with modern revamped graphics and mechanics is always exciting, especially because it often introduces classic series to brand new audiences. To that end, here are our picks for the top 10 remakes of all time.

Check out the video above, click through the gallery below, or scroll down for the full list!

Each of the three remade games are brimming with personality just not possible back on the original PlayStation, with tiny environmental details and character updates that bring Spyro’s world to life in rich, beautiful ways. And Toys for Bob keeps the core of Spyro’s fun platforming and collecting intact, not wanting to mess with a good thing, while adding much-appreciated quality of life updates to help make things feel modern. Spyro’s had an interesting journey since his original trilogy, but this remake collection has proven there’s plenty of fire left in that adorable purple dragon.

The 2004 remake of 1998’s Metal Gear Solid took the PS1 masterpiece and modernized it for the GameCube. While the development team at Silicon Knights may have gone a little too hard on some of the cutscene action, The Twin Snakes not only provides a spectacular graphical overhaul – look, Snake has eyes now! – but also redesigned the entire game to feature the mechanics from Metal Gear Solid 2.

Adding abilities like being able to hang off of ledges, peek around corners, and – perhaps most importantly – shoot in first-person offered players far more flexibility to navigate an area, and coupled with the enhanced enemy AI, even veterans of the PSX version got a fresh look at Snake’s first 3D adventure.

The original Metroid for the NES was a groundbreaking game for the time, but when looked at through a modern lens, it’s hard to argue that it holds up. Fortunately, Metroid: Zero Mission exists. Rather than opting for a 100% faithful remake with a couple of modernization tweaks, Metroid: Zero Mission is instead a game rebuilt from the ground up that uses the original Metroid as more of a blueprint for its story and level design, and instead draws its gameplay inspirations from the more modern 2D Metroids, like Super Metroid and Metroid Fusion. It’s an expertly crafted modernization of one of Nintendo’s best mascot series that still holds up to this day as not only one of the best Metroid games, but also one of the best remakes as well.

When it comes to faithful remakes that largely stick to the core gameplay and design established in the original and focus instead on bringing everything else up to modern standards, there aren’t many games that are better than the original Resident Evil Remake. The REmake adheres to everything that was intrinsic to the original game, from the pre-rendered backgrounds, to the tank controls, to the limited inventory that forces you to make tough decisions on what to keep and what to toss, but then it also adds several entirely new features that change up the experience and give it it’s own identity.