Home Gaming News The Last of Us 2 Cheats and Secrets 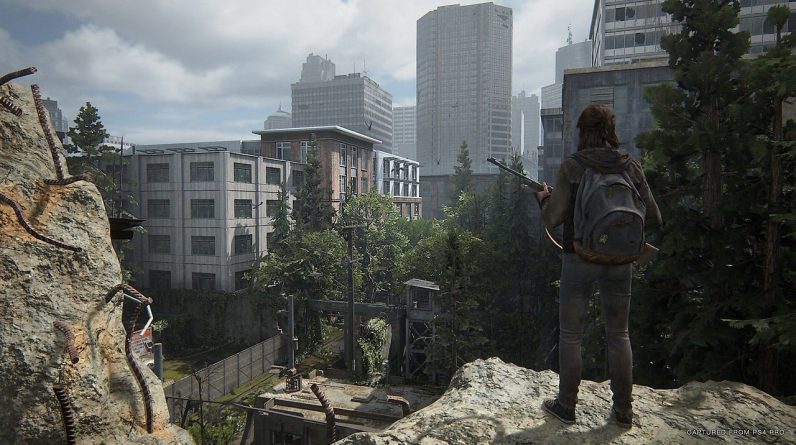 The Last of Us Part Two is full of mystery and intrigue – and hides many ways secrets within Seattle’s Quarantine Zone and beyond. Knowing what to look out for can help you succeed in your quest for revenge, or find overlooked points of interest. Below you’ll find a list of known cheats and secrets you can encounter in The Last of Us Part Two.

If you’re having trouble figuring out the combination to a safe while exploring the ruins of forgotten cities, there’s actually a trick to figuring thins out on your own. If you slowly turn the dial on a safe, you can hear a distinct clicking noise when you’ve hit the correct number on a particular part of a combination. The noise is subtly different from the usual clicking noise of moving the dial – so pay close attention. Of course, if you aren’t really one for guesswork, you can also check out our full list of every safe combination in The Last of Us 2.

Sometimes, increased accessibility can work in your favor – even if you don’t have any impairments. The Last of Us 2 has an incredible slew of accessibility options that you can enable or disable at any time – from enemy difficulty to text-to-speech – and much more. If you find yourself having trouble spotting enemies in the dark or locating tiny items and collectibles, consider turning on the ability to highlight important objects. By swiping the touchpad on your controller, you can mute all the color in an environment, leaving allies in blue, enemies in red, and interactive items in yellow. This can be a lifesaver when trying to avoid infected in the dark, snipe enemies in the bushes, or figuring out what you can loot in a hurry. Unfortunately, it does have its limits: in a devious bout of fairness, Stalker infected do not appear in red, but you may still have an easier time spotting them in the dark!

Stalkers are some of the most terrifying and annoying enemies to deal with – they can evade your ability to sense them, constantly lurk just out sight, and can even ambush you from the most unlikely places. In certain encounters, they may also hide in plain sight – bursting out of fungus growth along the walls to attack you – but there is a way to turn the tables on them. Stalkers that are embedded in the walls are always wearing jeans – so if you see these pants-wearing infected, you can shoot them before they are able to ambush you!

Breaking and Entering on a Budget

Early on you’ll learn that sometimes the best way to enter a building isn’t through a locked door – but by tossing a brick through a nearby window to gain entry. However, finding and tossing bottles and bricks is a bit time-consuming and sometimes better saved for stunning enemies in combat. You can instead use melee attacks to break most glass windows and displays in the game just by getting closing and tapping the X button. This also works for vending machines and displays to grab items out of reach, like supplies and snacks to replenish lost health. As an added bonus, striking windows won’t count towards your equipped weapon’s durability, so swing away!

Sometimes, when walking and talking with companions, they may stop a conversation abruptly, at which point you can hear a chime. If this happens, be sure to turn and face or get close to them to see a speech bubble icon, and press triangle when prompted to reveal additional conversations and dialogue, which may result in new information – or just some funny anecdotes.

Whether you’re just missing one last trading card or really want to see Ellie play that one song on her guitar, there’s a way to easily revisit areas in The Last of Us 2 without having to worry about manual save files. As you progress through the game, each section you beat will become available to jump to from the main menu – by selecting from available chapters, and then the sections in each chapter. It will also list out your current collectible stats for that area, so you’ll know how many items you still need to find. Note that starting a new game, or loading up a save file that has progressed to a different point may alter which chapters you can choose from, so always load up the most recent save file before quitting back to the menu to load up a specific chapter.

Once you complete the story of The Last of Us Part Two, you will unlock the New Game Plus mode. This allows you to replay the game from the beginning, while keeping all of your progress in upgrading weapons and unlocking skills. This is the only way you can truly upgrade every weapon and unlock all skills in The Last of Us Part Two, and is absolutely essential for those looking to unlock every trophy and platinum the game.

It wouldn’t be a Naughty Dog game without plenty of PlayStation references, which have been scattered all over the game:

Someone in Naughy Dog really seems to like tabletop games, because if you look in the right places, you can find miniature figures all over Seattle. These space marines bear a striking resemblance to the space marines featured in Warhammer 40K, and you can even locate a comic book shop deep within Seattle to find a section devoted to “Galactic War” that includes an impressive tabletop battlefield full of them, with plenty of merchandise sold nearby.

Over the course of your adventures in The Last of Us Part Two, you have the chance to find several additional weapons and weapon holsters if you know where to look. Both long and short weapons can be quickly swapped between once you find makeshift holsters – otherwise you’ll have to pause for a moment to reach into your backpack to pull them out. Here’s a quick overview of where to locate them:

For even more TLOU 2 guides, check out IGN’s The Last of Us 2 Guide hub or click through to one of the following pages: