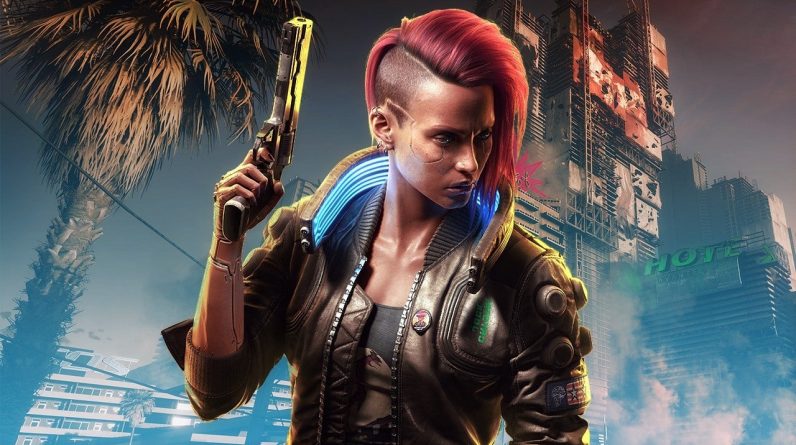 It was inevitable. Cyberpunk 2077 had simply existed in the hype cycle for too long. When it finally arrived in early December, after numerous delays, controversies, sizzle reels, and previews, it felt as if a shrieking, collective mania was doomed to subsume the culture. All of this energy, finally exhausted, in one white-hot moment. Few studios enjoy CD Projekt Red’s dual pedigree; both an indie messiah and a gargantuan triple-A moneymaker, and when the company announced they’d be leaving The Witcher behind for a sojourn in Mike Pondsmith’s glossy, gutter-tech Cyberpunk universe back in 2012, it already seemed like the hype was boiling to a dangerous smoke point. Naturally, by the end of 2020, Cyberpunk taught the rest of the gaming industry a valuable lesson; if your product stumbles out of the gate after years and years of marketing hype, your community will let you know. And in Cyberpunk’s case, this was nowhere more evident than in its subreddit.

You know the story. Cyberpunk 2077 launched to an ovation of positive reviews for the PC version, with caveats. Critics noted a litany of bugs and hiccups, and also, forebodingly, confirmed that they did not receive codes for either the PS4 or Xbox One. Given how rickety Cyberpunk was on high-powered PCs, that seemed like a particularly bad omen. The base consoles are significantly less powerful than what’s possible on a modern desktop, so how would they hold up under Night City’s glowing skylines?

Not well, as it turned out. At the stroke of midnight on December 10, 2020, Twitter slowly began billowing with damning evidence of Cyberpunk’s cut-corners and technical shortcomings on its console versions. AI was proven fragile, mercurial, and easily broken. Car models were falling out of the sky. Some players said that they were lucky to achieve 720p on their pricey LCD screens, and that often, the framerate nosedived to about 20 frames per second. As much as Twitter felt explosive, the excoriation was most brutal on its own subreddit. Once a place saturated with buoyant, carefree Cyberpunk hype, the discourse now flared with increasingly dire accusations toward the publisher. “This game is unfinished and a total disaster!” wrote one user, who earned 34,000 upvotes. “Can’t believe I’m saying this, but this game needs another year of development time,” chimed in another, for 33,000 more.

Once a place saturated with buoyant, carefree Cyberpunk hype, the discourse now flared with increasingly dire accusations toward the publisher.

It’s hard to overemphasize just how quickly the tone on the forum shifted. Cellymdewitt, the user who posted that aforementioned “unfinished and a total disaster!” thread, tells me that, for the most part, the r/Cyberpunk community spent its time in the prerelease cycle lusting over the scintillating map of Night City, or generating their own adoring Johnny Silverhand memes. Nobody saw the coming revolt. “I guess people were mostly excited and were trusting CD Projekt Red,” says Cellymdewitt. “I know that the gaming community can be overly excited about things and weirdly toxic, so I tried to keep my expectations [in check.] But I was still waiting for something really good.” Once Cellymdewitt saw how poorly his copy of Cyberpunk ran on base consoles, he decided to cut bait and delete the game from his hard drive. Next year, he might give it another shot, after a few more of the glitches are ironed out.

This isn’t a particularly novel saga. Countless other games have found the same fate throughout history. Think of No Man’s Sky, or Fallout 76, or for the real oldheads out there, Daikatana. But something about this debacle was more fraught than usual. If a family member otherwise unplugged from the gaming news cycle mentioned it to you, that’s because it made mainstream news. The hype for this particular Cyberpunk escaped the orbit of gaming itself.The dust has settled a bit since those chaotic days — the Cyberpunk drama has ceded the spotlight to far more pressing concerns in the world — and I was curious to regroup with some of the people who lived through every twist and turn in the narrative. I reached out to the moderators of r/Cyberpunk; the people responsible for keeping the discussions civil, even when the community is on the brink of mutiny. I spoke to a user who goes by Dani, who forwarded my questions along to the rest of the mod panel. Dani edited their answers together in order to offer a holistic voice of their experiences. According to them, the team brought on five additional members in the weeks before Cyberpunk’s release, as the total number of subscribers swelled from 500,000 to 800,000. Each of them believed that the biggest issues they’d face as the game hit entered the ecosystem would be the usual mob of bad actors eager to ruin the fun for everyone else by posting early spoilers.

“We expected a lot of malicious users posting spoilers intentionally, but we realized a few weeks after launch that that would become the least of our worries,” says Dani, later adding, “We expected a forest fire, and we got a meteor strike.”

Initially, says Dani, as the reviews hit the internet and it became clear that Cyberpunk was hamstrung by some vintage, Skyrim-style open-world jank, a number of users put their faith in the promise of the Day One Patch — a classic bit of gamedev chicanery aimed to squash a few lingering bugs that the studio couldn’t attend to before the discs hit production. In fact, the majority of the community stayed entirely optimistic about CD Projekt Red’s ultimate intentions.

“When CDPR blocked the release of gameplay footage, we had assumed that was to prevent spoilers. We were strict on that, classifying any footage outside of CDPR released as leaks, and were removed,” adds Dani. Of course, bedlam broke loose as soon as the game made it out into the wild.

“Toxic traffic absolutely drowned out any form of discussion, and those that posted anything positive were shunned. It was an act of balance for us; if we delete the criticisms, we would be considered CDPR corporate rats, but if we allowed the criticisms, we were allowing the subreddit to turn into a cesspool of hate and toxicity,” they tell me. “As a team, we decided to go with the latter, as long as the post wasn’t just a ‘I hate this game CDPR sucks’ low-effort kind. We just wanted to make sure the criticisms were constructive and removed any harassing messages.”

When the team thinks back to those wild weeks now, their memory drifts to a litany of topics and controversies that occupied the top half of the forum. The complaints ranged from hyper-specific, (“my hairstyle changes when I put on a hat!”) to almost existential in scope; some doubting the integrity of CD Projekt Red, and mourning the unconsummated near-decade that many players have been waiting for this game.

“Eight years of hype ended in two days for me,” wrote one user, in the immediate aftermath of the release. “My girlfriend gifted this game to me after me constantly getting hyped over the trailers and whatnot but now I feel really sad that I just can’t enjoy this game as I should have. This was supposed to be the next big thing and I’m sure I’ll come back to it after they update it more, but first impressions matter, and I’m really disappointed in CDPR.”

However, the volume of grievances were so high, they drowned out any discussion of what the game did right, which was still plenty. “A lot of the user base were getting tired of the lack of discussion, and at one point a user asked us to disallow any form of criticism,” says Dani. “We eventually decided to allow media posts back to let the users vent their frustrations in meme format; it worked as best as it could, I suppose. It got worse again when Sony announced they were allowing full refunds, and worse still when they pulled the game from the store. The patches did little to alleviate the stress of the users, and the sub got busier as the holidays rode in.”

However, the volume of grievances were so high, they drowned out any discussion of what the game did right, which was still plenty.

In fact, some users, who were enjoying Cyberpunk despite some of its hitches, eventually burnt out on the constant negativity. A group of them started an alternative subreddit, entitled r/LowSodiumCyberpunk, which is described as a “fun and lighthearted” place to discuss the game — an alternative to the all-devouring negativity on its primary forum. “The constant complaining drove me away,” says a user, who goes by Beethy, who’s one of those refugees. “People were outright hateful towards the developers. It got pretty ugly in there.” Beethy notes that they played on a PC and found minimal bugs during their time with the game, and points to the PS3 versions of Red Dead Redemption and Grand Theft Auto IV, both of which had their share of bugs and frame rate swoons upon release, as precedent for Cyberpunk’s shaky performance on base consoles. “People have short term memories,” adds Beethy.

The angst has simmered considerably on the main Cyberpunk subreddit since then. CD Projekt Red still has plenty to answer for — the lack of transparency in their review distribution, the events that saw those base console versions sent into the wild — but the further we orbit away from this calamity, the more people have come to realize that underneath all of the rubble, Cyberpunk 2077 can be a compelling video game. In fact, Dani tells me most of the content they see on the subreddit right now consists of fans lusting over either Panam and Judy. That is how you know a fandom has been firmly certified; when it has a corresponding legion of shippers.All that said, it’s not hard to see a launch like this happening again in the future. This problem isn’t going anywhere; this industry animates itself on hype, and development cycles are only ballooning into increasingly audacious timeframes. (It took seven years for us to receive The Last of Us 2. It will likely be more than a decade until we get the next fully-fledged Elder Scrolls.) I hope that someday soon, studio management will no longer fear admitting to their audiences that video games are inherently mortal creations. How they look at an E3 showcase is entirely irrelevant; there are likely hundreds of wonky animations and obtuse bugs simmering under the hood. That’s been true for roughly every open-world game since Grand Theft Auto III, no matter what a flashy marketing cycle may have you believe. Cyberpunk 2077 might’ve always been janky upon release, but for those who had been waiting for it for 8 years, that shouldn’t have been a surprise.