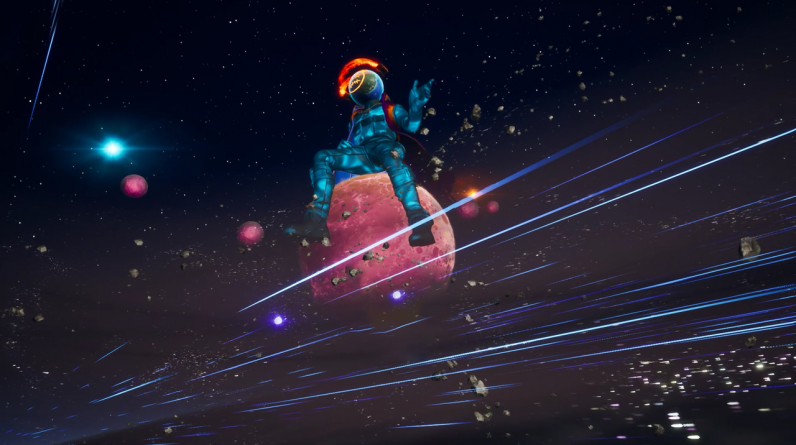 Travis Scott Astronomical event saw 12.3 million players tuning in when it debuted April 23rd, setting a new all-time concurrent player record.That eclipsed the last in-game concert, which Marshmello headlined and brought in10.7 million concurrent players in February 2019, as well as “The End” event, arguably Fortnite’s biggest gameplay-related event. “The End,” which saw Fortnite servers shut down while a black whole reset the world for Fortnite: Chapter 2, only pulled in six million players.If you missed the first part of this event, don’t worry, you’ll still be able to participate in the next coming dates and times from April 24 and 25:

Fortnite developers called this Astronomical event a “one of a kind musical journey,” featuring Travis Scott and the world premiere of a brand new track “The Scotts.” The event started with Travis arriving in-game in his personalized meteor and exploding onto the stage area at Sweaty Sands (to the beat of his hit song “Sicko Mode” of course) as a giant-sized version of himself where he rapped and danced to the rest of the song’s chorus while traversing around the map. The sky exploded into a vibrant shade of red while fireballs began to rain down on players as Travis rapped the second part of his song “Stargazing” while becoming part-cyborg. His cyborg form stuck around while he sang “Goosebumps,” during which flowing colorful neon lights you’d find in a glow-in-the-dark psychedelic party began to appear in the darkened sky.

After finishing his performance of “Goosebumps,” Travis fell back onto the map and splashed into the ocean, teleporting players to the depths of the water where he started to perform “Highest in the Room” in his scuba diving Fortnite skin. The event then threw players were out of the ocean and into an area with a laser show while Travis rapped “Like A Light” before flying players through the skies with the much anticipated debut of his new song featuring Kid Cudi, “The Scotts.” The event culminated by shooting players through a butterfly rift in the sky and teleporting them back into the normal world of Fortnite.

Travis Scott dropped the full track at midnight on April 23rd after the event launched. After the event’s debut, Travis tweeted:

HONESTLY TODAY WAS ONE OF THE MOST INSPIRING DAYS. LOVE EVERY SINGLE ONE OF U GUYS. AND I KNOW TIMES ARE WEIRD FOR US. BUT FOR ONE MOMENT TO BE ABLE TO HAVE THE RAGERS TO RAGE WHERE EVER YOU ARE IS AMAZING. LOVE U GUYS WITH ALL MY BODY. !!!!! GANG