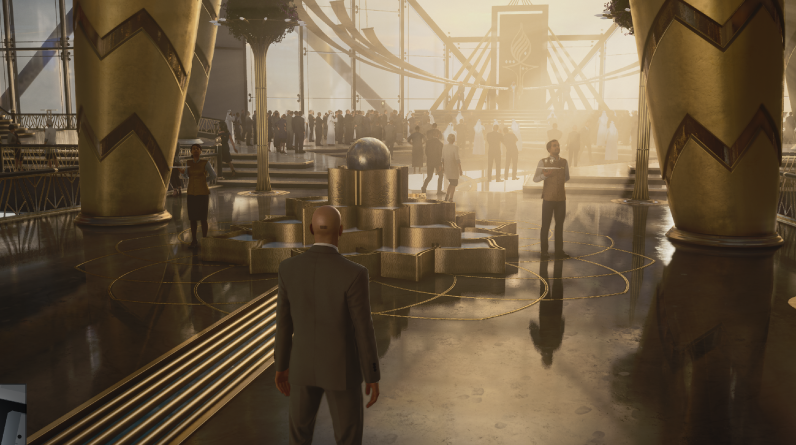 Take the Time to Learn a Level

Don’t feel bad about not knowing what to do. A large amount of your initial time in a level will be spent poking around, learning the layout, where you can and can’t go, and just figuring things out. This is a great way to learn the layout, discover rooms, find Mission Stories, and gain lots of intel and items you can use later.

Use save slots! If you’re about to try and make a daring move, making a custom save before you go in and make your move will help prevent having to replay the last ten minutes. Being able to quickly reload leads to more experimentation, which means you’ll try more and learn more.

Subtitles can make Hitman 3 much more convenient to play, especially if you’re a visual learner. With them active, it can be easier to take in and remember important information like tasks, character names, and especially passwords you need to input later.

Import Your Hitman 1 and 2 Progress

If you’ve played Hitman 1 or 2 on the same platform family as your copy of Hitman 3, you can use an IO Interactive Account to import your progress and unlocks into 3. This can be very helpful as many of the unlocks are incredibly useful to have in the levels, such as the Lockpick.

You’ll want to do this BEFORE starting any Hitman 3 content, since the new content will affect things in that part of the game.

Do the Mission Stories First

There are literally hundreds of ways you can kill your targets in Hitman 3, to the point that it might be confusing how you’re even supposed to do it. It’s best to find and follow the core Mission Stories first: these offer the more directed ways to kill your target, providing you with the tools you need to do so along the way.

Mission Stories will also introduce you to the target’s routines, quirks and mannerisms, which will be very helpful if you want to go again and try more experimental ways of taking them out in more complex and/or entertaining ways.

Don’t Be Afraid to Experiment

Don’t be afraid to experiment and make mistakes. Learning what works and what doesn’t is all part of playing Hitman, and you’ll need to learn this stuff if you want to know the levels and what you can do to navigate them and get away with murdering your targets.

Grab Every Item You Can See

PICK UP EVERYTHING. Agent 47 doesn’t have a carry limit, so don’t worry about picking up everything that isn’t nailed down unless it arouses suspicion. It might come in handy later: you don’t want to find yourself with the perfect opportunity to take out a target only to realize you didn’t grab the tool you needed!

Every level in Hitman 3 has a huge number of Challenges, including Assassination, Discovery, Feats and more, and many of them require handling a particular situation in different ways. Fortunately, Hitman 3 is kind enough to remember these accomplishments: it only forgets when you quit back to the main menu.

For example, in Dubai there’s a challenge for killing a target with poison, and another for stabbing Carl Ingram using his golden Oil Rig model. Both of these can be achieved in the same part of the level with the exact same approach. Rather than going through the entire Mission twice, save and then kill him with one method before reloading and trying the other. When you eventually complete the level, both Challenges will be banked!

While you spend time poking around, you may come across a disguise that gives you almost total access to anywhere in the level (such as the Penthouse Guard in Dubai). Once this happens, you might want to save and then sweep through the entire level, picking up items, exploring rooms and opening shortcuts that will be remembered for later playthroughs.

Agent 47’s Instinct Vision is one of the most valuable tools you have, primarily because it allows you to peer through walls and see what other people are doing, and if they’re Enforcers who can see through your disguise. This can be incredibly helpful as you sneaking about, such as determining when a guard isn’t present so you can sneak past.

It’s also very useful for picking out small items like Keys, Coins and Rat Poison, so as you explore a new area you’ll want to use it to help identify stuff you want to pick up.

Disguises are incredibly useful ways to infiltrate your way to the target, but they do have a series of quirks that change depending on which one you’re wearing.

Firstly, certain guards known as Enforcers will be able to tell Agent 47 is disguising himself, and are marked with a white dot on the minimap and above their heads. Who can pick you out will vary per disguise, but you can Blend In to avoid their attention. You’ll want to pay attention to anybody who might regularly work or interact with who you’re disguised as.

Second, different disguises can enter different areas. For example on the Dubai level, only Maintenance Workers can enter supply rooms, whereas the Event Staff cannot. Keep an eye on the Minimap for warning banners; Trespassing will mean you have a chance to walk away if you get caught, but Hostile Areas mean you’ll be shot on sight.

Third, many Disguises will have a list of Illegal items that they can’t be seen holding, typically lethal weapons like guns and knives. You can conceal these by keeping them inside your Inventory and only holding them when no-one’s looking, however if you get Frisked they WILL be discovered.

Kill Non-Targets Only as a Last Resort

You play an Assassin in Hitman 3, and that means you have specific targets to kill. You incur a hefty XP penalty if you kill anyone who isn’t your target, so try to avoid doing that if you can.

Some Level Changes Are Permanent

In certain situations you can open up doors, shafts, ladders, and other objects with specific items to expand your access through the level. These changes are permanent, even when you come back to the level, giving you more possibilities.

For example, in the Dubai level, you can use a Crowbar to lower a ladder down from the golf tee to a storage room that has the Exploding Golf Ball in it!

The Garrotte is Always a Lethal Weapon

This may not be entirely obvious until you do it by accident, but the famous Garrotte is a lethal weapon that WILL kill the person you use it on.

Coins Aren’t the Only Way to Distract People

While Coins are the obvious way to distract people, other items can work just as well so long as they make noise, such as hammers. You can also do things like turn on vacuum cleaners or mess with fuseboxes to draw someone to a specific point.

Wait Until Targets Turn Distractions Off

A common way to sneak up on somebody is to mess with something, like the lights or a vacuum cleaner, which will draw someone to it to put them back to normal. You’ll want to take them out AFTER they reset things: if you move in before then, you risk someone else coming over to do it themselves, meaning you can get caught in the act!

If you have nothing in Agent 47’s hands, you can pull the Left Trigger to zoom in your view. This will increase the volume of any conversations in view, making them easier to hear without subtitles. To put away an item, press Up on the D-Pad.