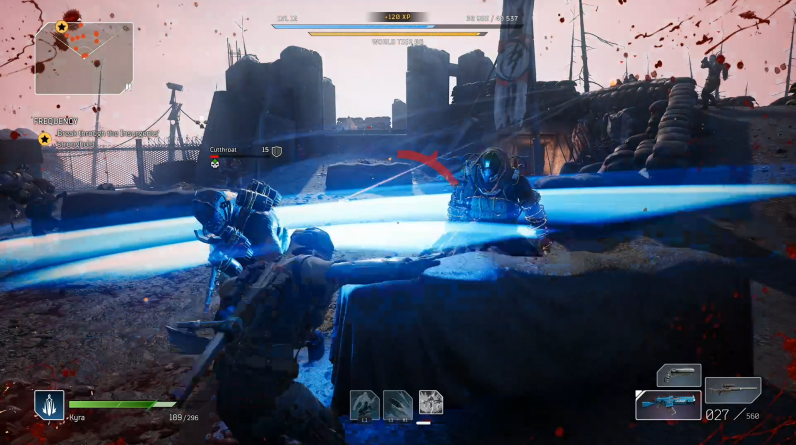 The Trickster is one of the four main classes in Outriders. This page contains information on the Trickster Class capabilities, as well as guides on how to make use of their powers, skills to use, and the best builds for their class trees.

When killing enemies up close, the Trickster will heal, as well as generate a small portion of Shield. While not as tanky as the Devastator, they can still cause massive damage up close, especially with their damage skills.

The Trickster has skills that inflict Weakness and Slow, allowing them to control a crowd and make enemies more vulnerable to the team’s attacks. Suspend them in the air, weaken them with a temporal knife or slow down time in an area.

The Trickster also has a number of movement skills at their disposal, allowing them to warp in and out of the fight as they need.

The Trickster is a great pick for Solo play, as they are able to heal just by dealing damage up close. The mobility skills keep them dangerous, but also swift enough to retreat when necessary.

This Assassin Build primarily focuses on increasing your raw damage output with weapons as much as possible, which is used best when combined with weapons like shotguns, and skills like Twisted Rounds and Hunt the Prey. Several of these nodes will also increase your damage at close range and from behind, making Slow Trap a good third skill to have.

Most of major Nodes you’ll be picking up in this tree will increase your damage output outright, or for a limited time after using Deception and Movement Skills. This works incredibly well by triggering Twisted Rounds and then warping in close to groups of enemies to shred them to pieces while the damage buff is active – giving you an even bigger boost once you get the final node that increases damage for every enemy close to you.

You should also consider investing in gear mods that make your enemies even more vulnerable to your attacks after using deception and movement skills, letting you tear through groups fast to get health back quicker.

The lower Reaver Tree can also be viable for those who wish to prioritize anomaly damage skills over close range shooting, but the middle tree for Harbinger is not worth specializing in due to its focus on survival rather than offense, and given that the Trickster is supposed to a glass cannon, getting a bit more defense is not going to make much of a difference unless you find yourself dying too much.