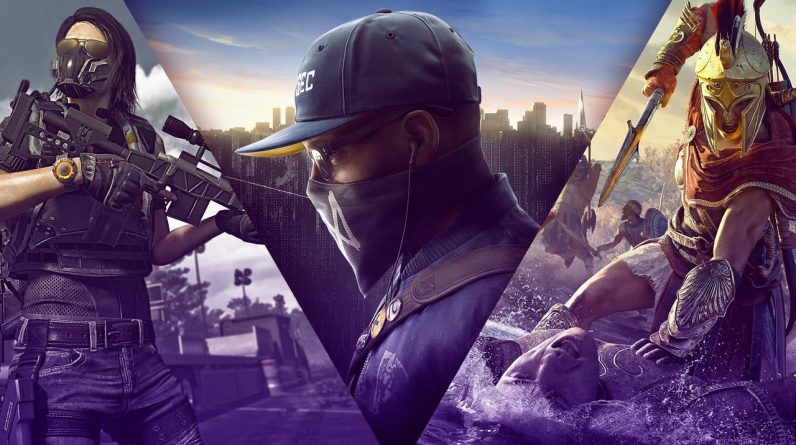 Earlier this year, Ubisoft teased it would have five major AAA games set to be released in its next fiscal year. And as part of its most recent earnings call, the publisher reaffirmed that commitment while also confirming four of those games and teasing one in an unannounced franchise will be the fifth game.In its fiscal year 2019-2020 report, Ubisoft confirmed that Assassin’s Creed Valhalla, Watch Dogs Legion, Gods & Monsters, and Rainbow Six Quarantine are four of its five previously teased AAA games coming in the new 2020-2021 fiscal year. Meanwhile, the fifth game is from “a yet to be announced franchise,” seemingly indicating it is part of a known property in the Ubisoft portfolio. However, Ubisoft did not explain further at this time, and so it remains to be seen whether that game could be a new (and oft-rumored) Splinter Cell, a new Far Cry, a new Prince of Persia, the frequently delayed Skull & Bones, or something else.Ubisoft of course also has in the works Beyond Good & Evil 2, but during that previous earnings report Ubisoft CEO Yves Guillemot said at the time the long-awaited sequel was not one of these five games.

Assassin’s Creed Valhalla was the most likely candidate for one of these five games, as its reveal came along with a promised holiday 2020 launch, including on Xbox Series X and PS5. Meanwhile, Ubisoft unexpectedly delayed Watch Dogs Legion, Gods and Monsters, and Rainbow Six Quarantine from their early 2020 launches to allow for next-gen versions as well.

Ubisoft’s fiscal years typically end on March 31 of their respective years, meaning we should see these five games before that date in 2021, barring any delays, which Guillemot makes note could be a possibility in this most recent earnings call. Due to considerations needing to be made because of COVID-19’s impact, Guillemot said the new earnings forecast “notably reflects the possibility that we decide to postpone the release of a AAA title to 2021-22, if it ensures to maximize the long-term potential of our line-up” but that “Our initial targets for 2020-21 remain in sight.”

Whatever the fifth unannounced game may be, it’s likely we may hear something about it, or at the very least these other four confirmed games, at Ubisoft Forward, the company’s E3 conference-like digital event scheduled for July. Ubisoft will also be part of IGN’s Summer of Gaming showcase event, which kicks off in June.

For more on Ubisoft’s upcoming slate of games, check out everything we’ve learned about Assassin’s Creed Valhalla so far, including what we learned in our interview with Valhalla’s director Ashraf Ismail.

Jonathon Dornbush is IGN’s Senior News Editor, host of Podcast Beyond!, and is currently making his way through Assassin’s Creed IV: Black Flag. Talk to him on Twitter @jmdornbush.