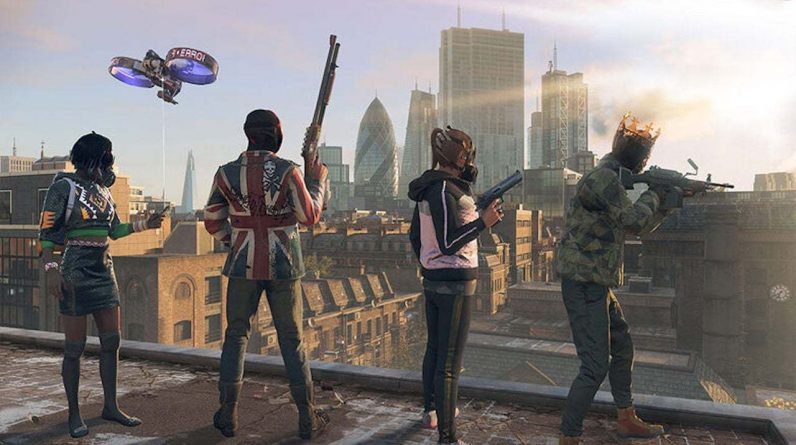 Watch Dogs Legion was originally meant to come out on March 3, but saw a lengthy delay (and will now arrive on October 29) – thankfully, creative director Clint Hocking says that allowed the game to improve, even allowing the team to incorporate ideas it thought were out of reach before the original release date.Speaking to IGN, Hocking explained that the delay was due to “reasons external to the project”, and described the mixture of emotions upon being told the release would be pushed back: “Obviously the day the word came down was devastating because you put yourself in the mental mindset of ‘We’re going to close this and get it out the door.’ And that takes a little bit of time to undo but after a few days of stewing in it, it’s like, ‘Oh yeah, actually, this is great. This is great.'”
Preorder Watch Dogs Legion

The reason those extra months worked so well for the team was seemingly in how it allowed to team to take its near-finished systems to the next level, particularly its standout “Play As Anyone” idea, where every AI character can be recruited and used for their own generated stats and abilities.

“We were very close when we were ready to ship,” explains Hocking, “and the delay has allowed us to really look at the things that were out of reach for us back then, and how to incorporate those things and add a layer of polish and realization and clarity to the game.”

“So the most important thing I think we’ve done is added a lot more refinement to traits and the abilities that you find on characters in the world, and better ways for aggregating those into individuals. As a consequence of that, we have a lot of cool characters that kind of emerge out of these great traits.”

The idea is that the kinds of characters – and the skills they offer you should you recruit them – will be more varied and interesting, and that they suit the characters themselves better. For instance, an architect with construction site safety gear would be able to enter a restricted construction site – but a construction worker who works on the same site may have the same privileges, but come wielding a nail gun, and able to call in a cargo drone that could let them access hard-to-reach areas.

It turns the population of London into something like a strategic smorgasboard of gameplay opportunities, and potentially a more immediately readable one, where the kinds of clothes someone wears, or the job they have translates to your needs as a player. In a similar vein, progression systems were also tweaked so that players wouldn’t feel punished for experimenting with lots of recruits, rather than specialising in a few.

On the widest level, Hocking says the delay has also allowed the game to better translate its biggest moments, such as uprisings. Each London borough in the game includes activities that weaken the Albion corporation’s control in the area. “Once you do all of those activities in a borough,” explains Hocking, “you get a borough liberation mission, a really custom beat with unique gameplay and a really cool challenge. And then that causes the people in the borough to rise up and that makes them much easier to recruit, and it gets rid of the Albion checkpoints and reduces the Albion presence in the streets. It really makes it feel like you’re actually taking the city back.” The delay apparently allowed the team to turn these from unique missions into moments that communicate the sense of the population rising up to take the city back from their oppressors.Watch Dogs was already an exciting set of ideas, so the fact that the extra time in the oven has resulted in even deeper systems should hopefully make that wait a little more palatable.

If you want to learn more about Watch Dogs Legion, check out our hands-on preview, where we explain why, “The lack of a primary main character doesn’t detract from the story. Instead, it incentivizes exploring and immersing myself in a world I otherwise may have ignored in favor of mainlining the story.”